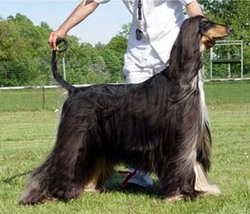 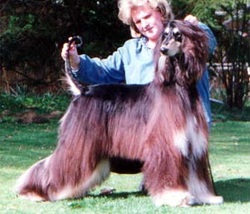 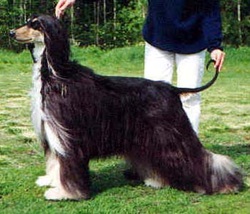 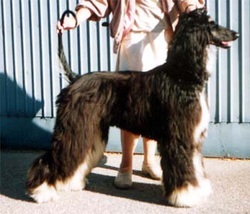 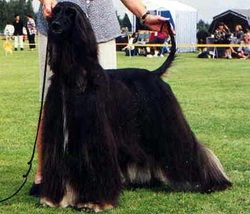 
Julia was the #1 Afghan of the Year in Finland 1999. After her motherhood she returned to the show rings and gained the position of #1 Afghan Bitch and Best of Opposite Sex of the Year 2002 in Finland! She is also Group winner and multi BOB-winner, and she went BOS at the huge Finnish Afghan Hound Club's Specialty 1999.
Besides all that Julia is the mother of the Neliapilan Tähti(star)-litter & the K-litter.
The pedigree of A-litter 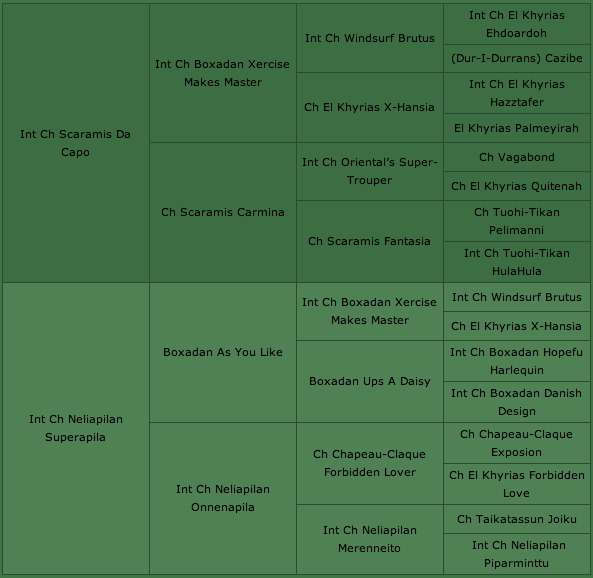